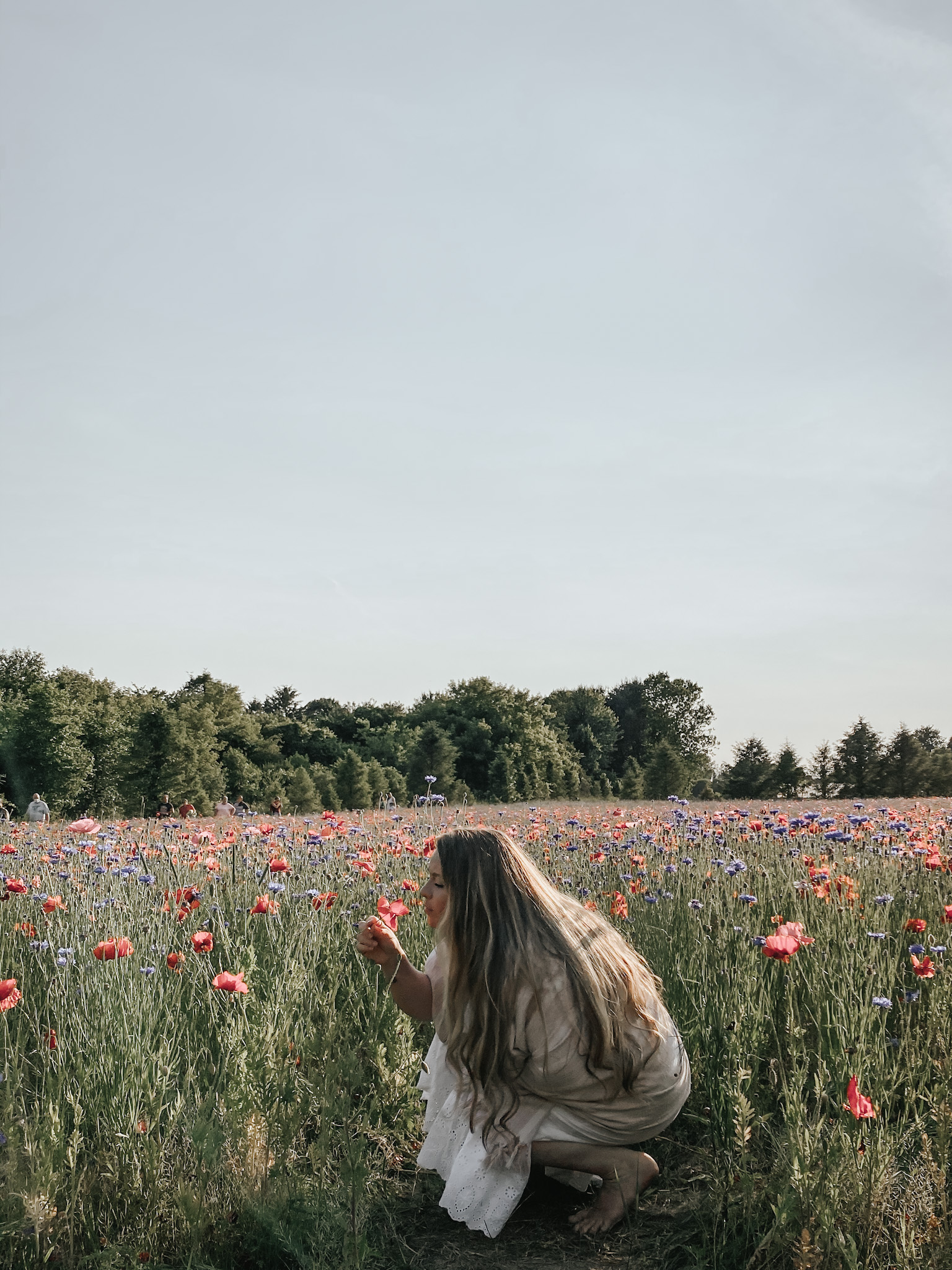 Fatherless. Sometimes when I’m least expecting it the weight of that word stills weighs heavy. Even as a 32 year old woman with an amazing husband and 4 kids. Even with the saving grace and love of Jesus- it gets me. Fatherless. To be honest, I really don’t know any better. For the majority of my life it has been this way. There was a time when my Father was more present but as far back as I can remember I’ve never actually know the unwavering love of a Father.

In my younger years I really focused on that deep hole in my heart. I tried to fill it with various things, all of which left me more broken and more empty than before. This was a cycle that I lived for a vary long time. The seeds of being unwanted, unloved and abandoned were sown into my heart as a little girl and those seeds took root and grew into truths I lived out on a daily bases. I longed to be loved, cherished and protected by a Daddy but the harsh reality is that he wasn’t there. I would find myself in situations that a Fathers love,protection and strength would have prevented. Situations that a Father would never allow his treasured daughter to be in or to get into in the first place.  But that was not the reality I lived. No one was there. No Father to hold me tight and tell me it was going to be OK. No Father ready to fight for my protection and make sure he didn’t hurt me again. Being fatherless often means being vulnerable.

I remember lying awake at night before I was saved in my empty apartment and pray that I wouldn’t wake up. That I would just die in my sleep so I wouldn’t have to wake up to the reality that I lived.  The pain was just to much to bear. In my early 20’s I had already lived a life full of pain, abuse, neglect and abandonment. I believed the lie that I was unworthy of love, that I had to earn the crumbs of love that I did receive and I was told that I would never amount to anything which I truly believed. I didn’t live as a treasured daughter because I didn’t even know I was one. I longed to be rescued from the terrible situations that consumed my life. I longed for a life saver to be thrown my way because I was sure I was going to drown in this storm. My life had already unraveled and I was barely out of my teenage years. I was so broken and so very young. 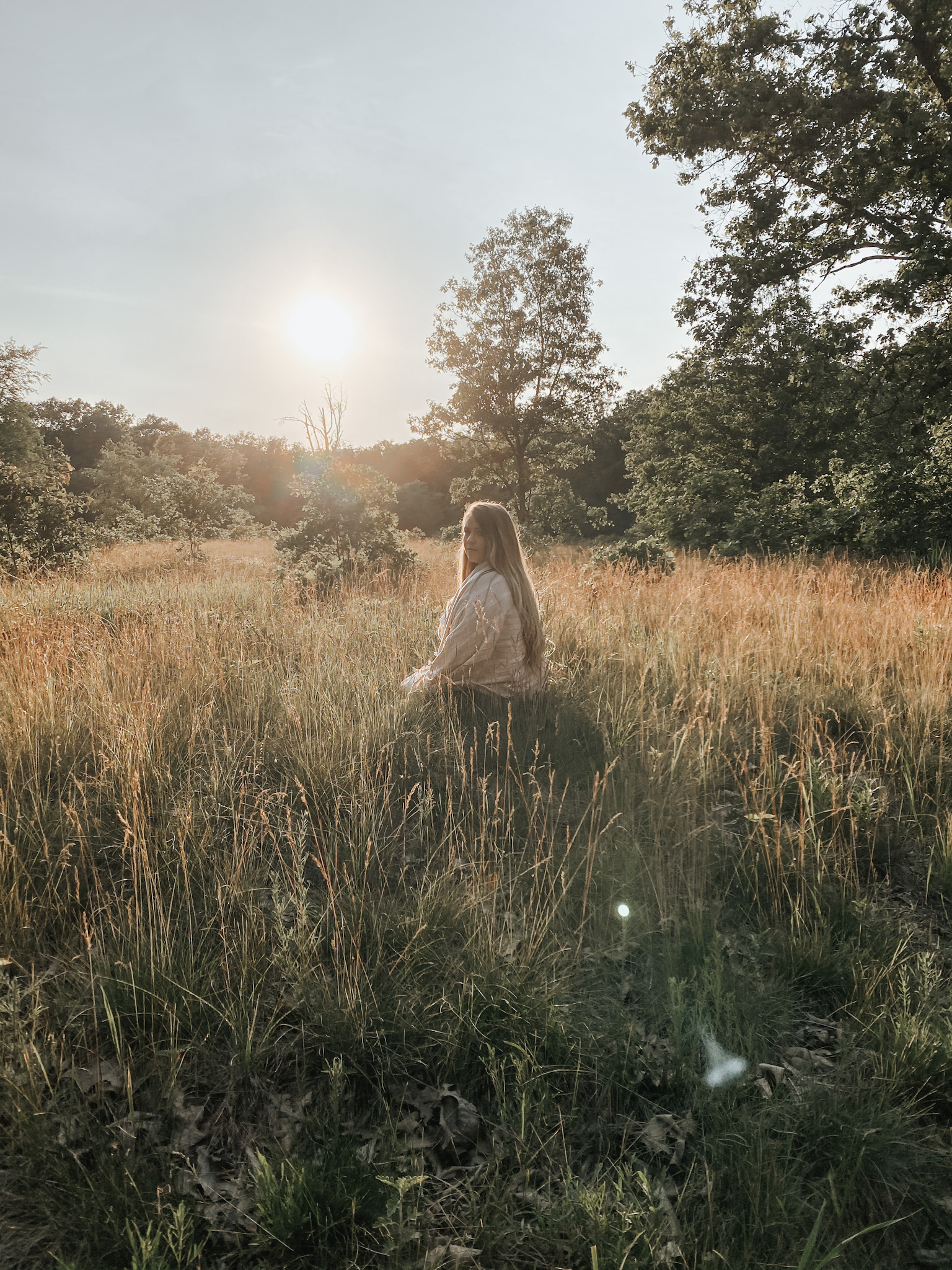 Before I really knew God as my Father I didn’t believe a thing he said. Why? Because he said he was a Father. Fathers left, lied, didn’t show up and never came through. Fathers were selfish and tapped out when things got messy and hard. Men hurt and were self seeking. So viewing God as a Father and a man was so hard for me.

But piece by piece I began to trust and little by little God showed up in ways that can only be described as supernatural. The weapons that people used to destroy me, God used them to strengthen me. The barriers that people put up to limit and hinder me, God made a new way in the wilderness. When he showed up, he started doing the messy work with me. He began tilling up all the weeds in my messy heart and began planting new truths that were not life sucking but life giving. He never left or turned his back on me when things got hard. I took him at his word and he showed me through his actions that he was who he said he is. He gave me discernment and wisdom to look back and see how he had been working since day one. He was working FOR me, WITH me and for my GOOD. He never left, He always loved and the streams of grace never ran dry. My busted up dried out heart started soaking in all of these truth.

Isaiah 51:3  The LORD will comfort her and look with compassion on all her ruins; He will make her wilderness like Eden and her desert like the garden of the LORD. Joy and gladness will be found in her, thanksgiving and melodious song.

Isaiah 61:2-4 HE will comfort all who mourn. He will give them a crown of beauty for ashes, the oil of joy for mourning, and a garment of praise for a spirit of despair. So YOU will be called oaks of righteousness, the planting of the LORD, that He may be glorified. YOU will rebuild the ancient ruins; YOU will restore the places long devastated; YOU will renew the ruined cities,the desolation of many generations. 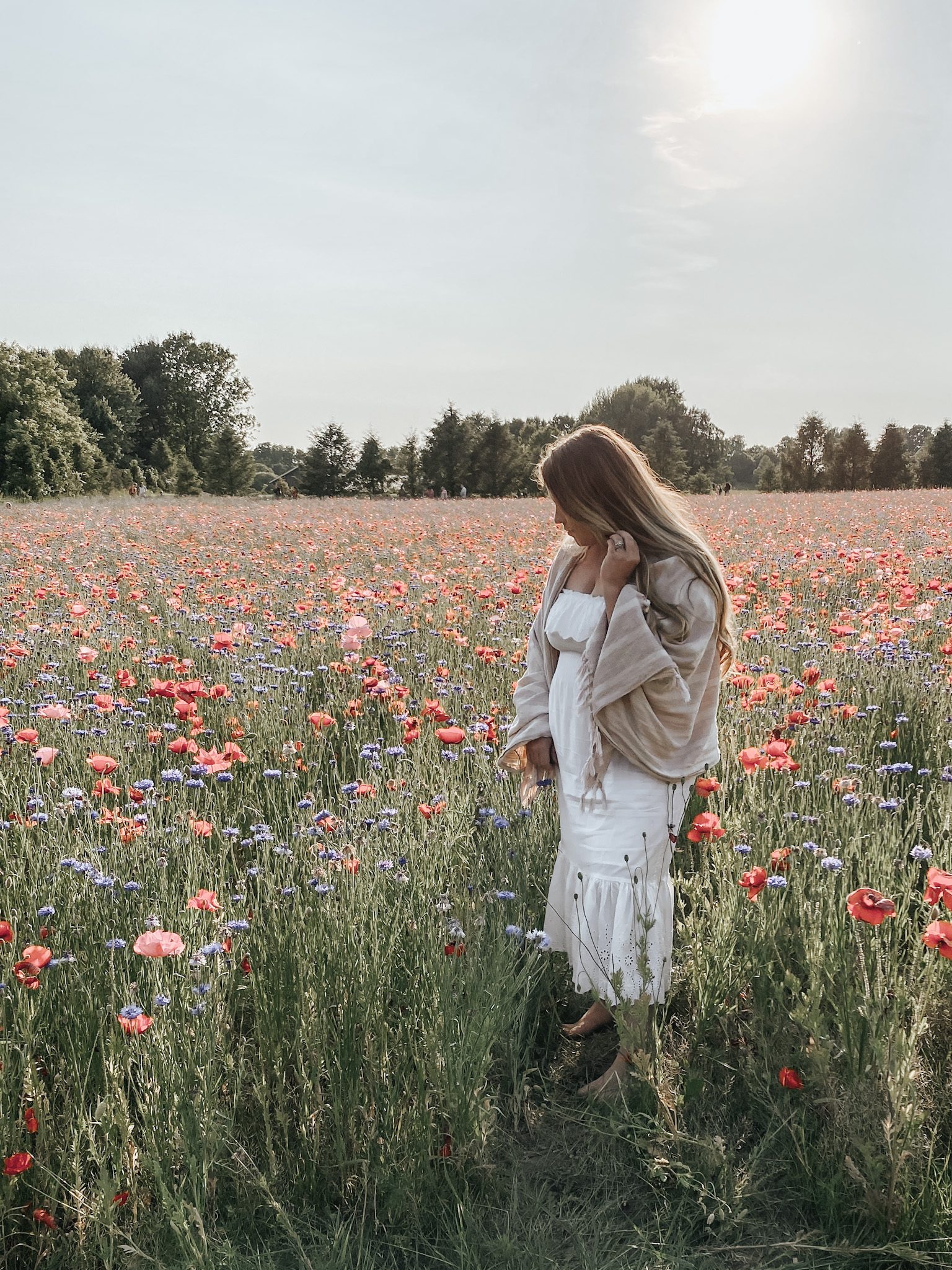 I’m not going to lie and say that by being saved, taking God at his word and believing that He is our good good Father was easy. It took years of heart work, lots of forgiveness and asking for forgiveness. Years of rebuilding and uprooting and years of being patient and believing God to do what he promised me that he would do. But as the years passed, he began to fulfill the promises he whispered to my heart. My faith grew. Faith is like a muscle the more you use it the stronger it gets.  Life was still at times hard. Rebuilding was HARD but I am so thankful for it and for the grace that never runs out.

God has since blessed me with an amazing husband and 3 more sons ( he has a sense of humor! ) and a life that I had once just prayed for. A teenage daughter that will never doubt the love of my husband, her Father. Its busy, messy and sometimes exhausting but its exactly what he promised me and so much more.

God being portrayed as a Father and coming to earth as a man was no mistake.  God needed to set the bar of what a Father needs to be. Strong yet gentle. Psalm 103:13 Loving yet Fierce Romans 5:8; Exodus 14:14 . A leader and supporter. Psalm 23 Always present, Joshua 1:5 always offering grace 2 Corinthians 12:9, never ever tapping out when things get tough. He extends a yoke when our burdens are heavy Matthew 11:28-30 and provides shelter under his feathers when things get scary and hard Psalm 91:4. He gets knee deep in our mess and helps sort things out when we ask for help but he is never forceful and is always patient.

I am decades removed from the initial yearning for a Fathers love but I have learned to live without an earthly Father and set my eye above to my Heavenly Father. Days like today, Fathers Day, does bring up the reminder of what should be and some years it IS harder than others to be reminded of what your missing  but I have learned to lean into the strength and courage that God provides. To be thankful for what I do have and not stay focused on what is missing for to long. The ache of the once hemorrhaging wound will always be there but by setting my eyes up I find rest. Psalm 68:4-5 He is a father to the fatherless.

So today, if you too are looking around and seeing all the tributes being posted about the amazing Fathers and possibly last minute browsing the dreaded Fathers Day Card isle and being reminded of what you lack- feel what you need to feel. Let it out, write it all down and let yourself release what needs to be released. Then stop. Rest. Rest in the promises that God is who he says he is. He is a father to the fatherless and a defender of the weak. He will never leave you, abandon you or put you in harms way. His plans for you are good. He wants to prosper you use you for his glory. He will protect you, strengthen you and use what people meant to destroy you to strengthen you. Don’t forget those truths, friend. 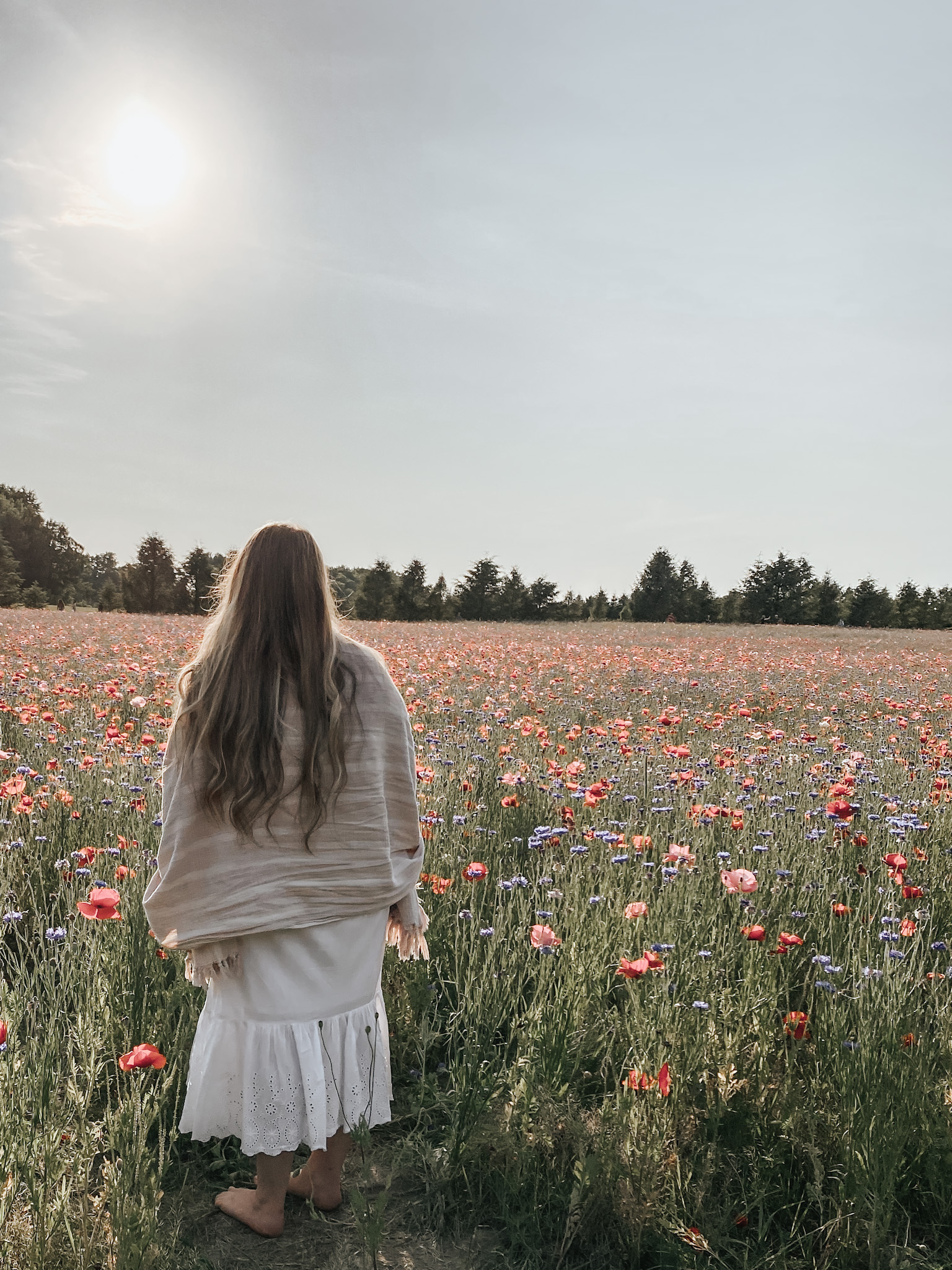 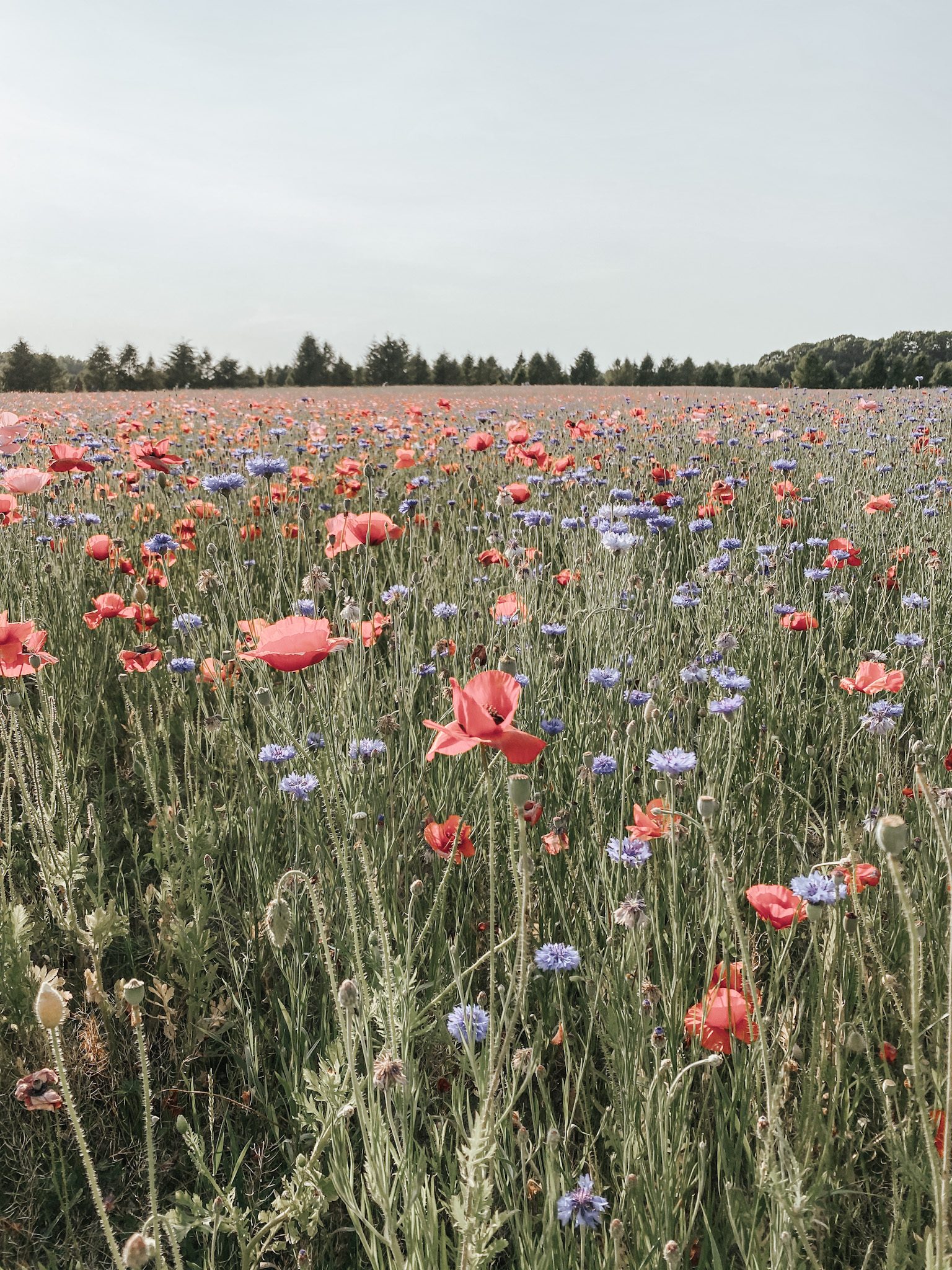 We started building the cabinet in the Mudroom to

Home is just an empty space filled with things if

Transform your textured walls for $20 ❤️ I req

My favorite part of designing this bathroom was dr